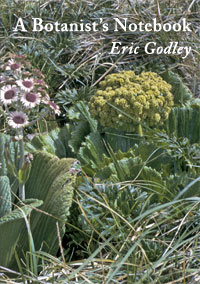 This book brings together for the first time more than 70 of Eric's popular botanical essays, each with carefully chosen illustrations. They cover topics as diverse as: native mistletoes; why plant names change; pōhutukawa and rātā; flowers and pollination; fruits and seeds; related plants in South America; plants of our southern islands; naturalised plants; and, Māori words in plant names. Each easily-digested article will give the reader a fresh insight into the botanical world that surrounds us all.

Eric Godley has wide research interests. In particular, he has published extensively on the reproductive biology of the native flora, the biogeography of southern temperate floras, and botanical history. He has also used his broad knowledge of botany to encourage public interest in plants by contributing regularly to magazines such as The New Zealand Gardener from which most of this book’s essays are sourced.

Dr Eric J. Godley OBE, Hon. DSc (Cantuar), FRSNZ, AHRNZIH has made a sustained and distinguished contribution to New Zealand botany. After completing degrees at Auckland and Cambridge he spent most of his career as the Director of the Botany Division of the Department of Scientific and Industrial Research. Under his leadership, the Division greatly expanded its research and extension programmes, established a network of regional stations, and became New Zealand's principal centre for research on native and naturalised plants.